After RIEMA and FEMA have provided comments and necessary changes are made, if any, the Plan will be brought back to the Town Council for final adoption.

After receiving valuable input from community members who completed an online survey over the winter, the group discussed “What hazards keep people up at night?” and “What conditions will severely impact residents and infrastructure?”.  These discussions resulted in the following list of the highest priority hazards:

Various other hazards such as brush fires, dam failures, drought and extreme temperatures will also be part of the larger discussion. but having a list of priority hazards helps focus our initial planning efforts.

Changing climate conditions have also been incorporated into our current discussions. Rather than list those as separate hazards, this plan will highlight how climate changes may affect the other hazards we have identified. Considering this is a 5-year planning document, there will likely not be drastic increases in sea level between now and 2023. However, it is worth considering the future impacts in order to analyze long-term vulnerabilities and risk. The Committee needed to choose a future sea level rise scenario to help identify long-term vulnerabilities. Taking into account the life expectancy of roads, buildings, land use, and a typical 30-year mortgage, the Planning Board decided to advise the Committee to consider a 3-foot sea level rise scenario that included storm surge from a 100-year storm event.

What does that look like? Those levels would mean Matunuck School House Road on the backside of Green Hill Pond would be under 7 feet of water, most of Card Pond Road would be under 1 to 8 feet of water during a strong storm, and even in downtown Wakefield, the Mews Tavern could have flood waters 6 feet deep in the back parking lot. Explore the online mapping tool STORMTOOLS to check out other areas.

The Local Hazard Mitigation Committee has now begun to look at vulnerable community assets and identify current capabilities to reduce risk from some of the above listed hazards. Stay tuned for future updates!

Sign up to receive updates on Planning Department projects 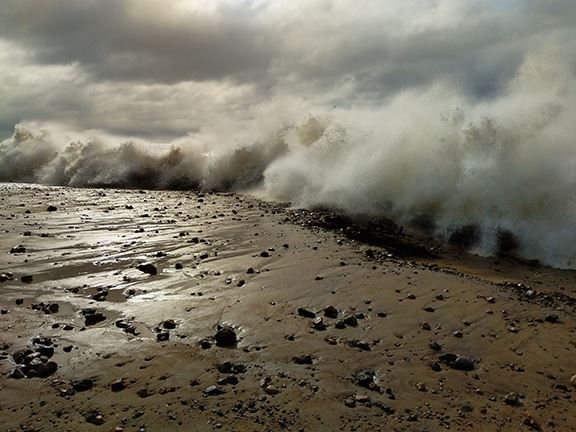